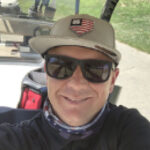 Coach Mike has been coaching softball and baseball since 2010 and was born and raised in the SF Bay. He grew up playing a variety of sports including high-level competitive youth travel baseball.  He was a 4-star athlete at the respected Serra Highschool in San Mateo where he played baseball, football, wrestling, and soccer.  Mike eventually focused on baseball and earned the opportunity to play D1 baseball at San Jose State University. After a career ending injury, he hung up the cleats and focused his efforts on education graduating with a B.S. of Mechanical Engineering from SJSU in 2001.  He is raising a family of four in Pleasant Hill, CA and is parenting with a “Try Harder, Work Smarter, Help Others, Dream Bigger” maxim.  Mike believes in keeping it simple with a strong focus on team culture, enjoying the adventure, a “nothing is impossible” attitude, and teaching the mental aspects of the game.